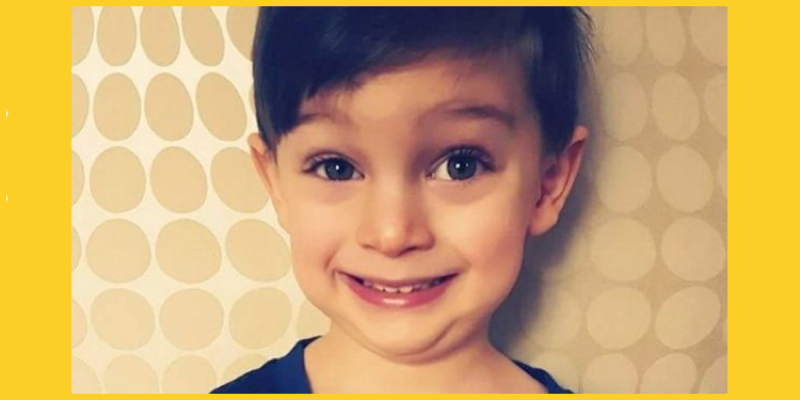 This is the four-year-old boy who was crushed to death after a 450lb iron gate fell on him while he played football on a family holiday in Italy.

Angelo Quirino, from Manchester, was visiting family near Rome when the freak accident happened on Saturday.

Reports suggest the youngster was playing with his brother when the tragedy occurred.

His uncle and neighbours near the property they had hired in Anzio, 40 miles south of the capital, rushed to help after hearing screams, but found him unconscious.

An air ambulance was scrambled to the scene and medics are said to have attempted to resuscitate the youngster to no avail for more than 45 minutes.

The boy, who was due to start school in north Manchester next month, reportedly suffered injuries to his head and collarbone.

Italian media have suggested the boy was with his mother, brother and little sister and his father has flown out from Manchester after learning the news.

Police immediately cordoned off their family’s holiday villa and an investigation has since been launched to find out how the 200kg – 450lb – gate fell on him.

The boy’s father Amedeo Quirino and his mother Roberta are believed to have moved with Angelo and his older brother to Manchester from Anzio in 2015.

A family friend told the M.E.N: ‘I feel sick. It absolutely breaks my heart. I have a son the same age and Angelo would have been going to school in a couple of weeks.’

On Facebook, his uncle Giuseppe Quirino paid tribute to the little boy with a poem and a post.  He wrote: ‘Wonder… a hug, and a kiss to Angelo, who here does not smile: now you are, a beautiful little angel.’

Today, a friend of the family said she and all of Manchester’s Italian community had been left shocked and devastated at the tragedy.  Imma Totaro, 44, met Roberta and the family through a Facebook group for Italian mothers based in Manchester and they became good friends after she moved to Crumpsall around three years ago.

Imma told the M.E.N: ‘I cannot believe it. He was such a beautiful little boy. He had such a sweet voice and a sweet face. Everyone who met him absolutely loved him.

‘And he was his mum’s absolute treasure. She never took her eyes off him. I just cannot imagine what she is going through.  ‘It is your worst nightmare. To go on holiday and come back without your child.  ‘I messaged Roberta this morning and she told me she couldn’t speak as she was so upset.

‘It will be so hard for his dad as well, as he was so protective of him and his brother. They were like twins. It’s just so, so sad. Everyone is absolutely devastated.’

Imma, originally from Naples, who lives in Salford with her husband and two children, has now set up a Just Giving page in a bid to raise funds to help the family through this difficult time.

‘It’s the least we can do. Funerals are so expensive and they will have lots of other costs.

‘I also think they will be in Italy for a while and Amedeo will be unable to work. He was the one who provided for the family, so I would just urge people to donate whatever they can.’