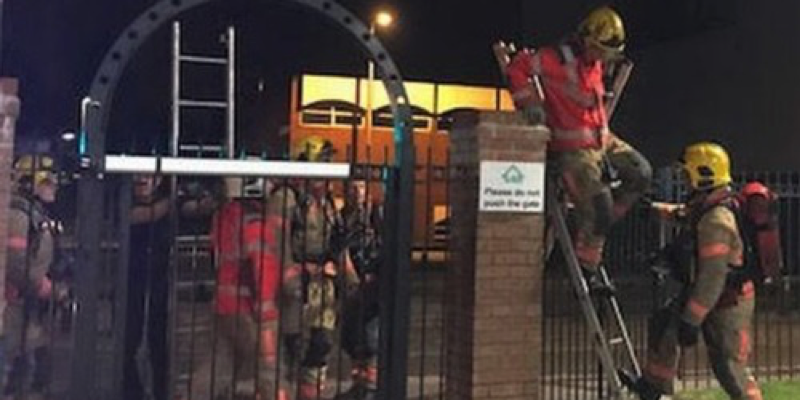 Gate Safe was horrified to read that fire fighters were recently hindered from attending an emergency because of a faulty automatic gate system (The Mirror, 23rd June 2017).

Just days after the horrific Grenfell Tower tragedy, fire crews attending a call out to a tower block in Manchester were forced to access the housing block by scrambling over a fence because the fire alarm panel had not opened the security gates – effectively locking them out. This was not the first time the fire brigade had experienced the problem either – there have been two further occasions when access was denied in May, one time resulting in rescue crews using ladders to get over the gate and another, forcing them to gain access via a pedestrian entrance gate that been left ajar. Fortunately, all three call-outs proved to be false alarms but what if a fire had been found? The consequences do not bear thinking about.

Gate Safe has always advocated that where an automated gate is in situ to restrict vehicular access, in addition, a separate pedestrian gate should be provided, this is especially important in a high occupancy dwelling (such as a tower block).

Regardless of the above, any gate that is capable of inhibiting access in the case of an emergency should be directly connected to the fire alarm so that it automatically opens in the event of an incident. Where the gate is key to the safety of residents there should be an uninterruptible power supply fitted (UPS) to avoid any power outages impacting the gate’s ability to open and close. Best practice also dictates that the mandatory Fireman’s switch is also installed prominently to allow entry to the emergency teams at all times. Finally, it is absolutely vital to ensure a regular maintenance programme is in place for any automated gate, but this is even more critical when it relates to a site where daily usage is high due to the sizeable number of occupants.

After reviewing the press coverage of the incident in Manchester, Gate Safe understands that none of these basic requirements were met.

The exterior cladding which featured at Grenfell Towers has been identified as a major factor contributing to the devastating blaze and subsequent substantial loss of life. This has resulted in a review of other tower blocks in the UK featuring the same or similar cladding. To date, around 60 have been tested for fire resistance and ALL have failed. Gate Safe urges a similar audit of any automatic gates at such properties, which may also pose a similar threat to resident safety.