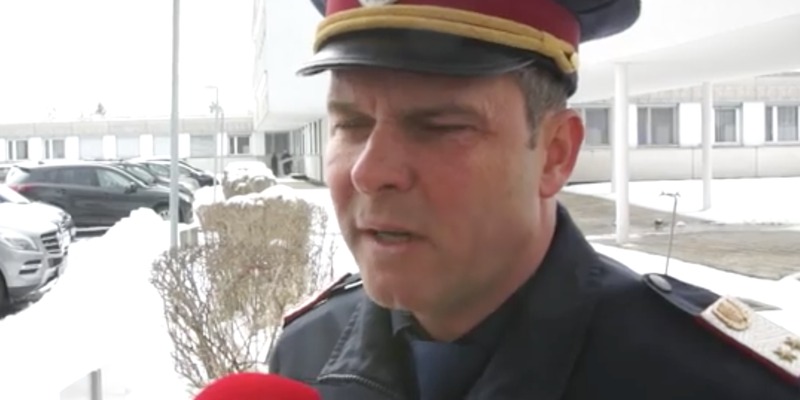 A 66-year-old cleaning lady became trapped in a motorized access gate of a farm company in Stallhofen and died from hypothermia after not being discovered for 7 hours.

On Tuesday afternoon mourning candles and a black flag in front of the main building testify to the tragic, fatal accident in the night.  The 66-year-old cleaning lady had been trapped in a motorized access gate on a company site in western Styria and appears to have frozen to death. The victim – from the district of Voitsberg – attempted to leave her employer’s company premises during the evening but her arm became trapped in the bars.  Hours later she was found lifeless by the gate.

The National Police Directorate made a statement that the 66-year-old had left her workplace in Stallhofen at 6:30pm. Since the door did not open, she wanted to open it with a central key from the outside. So she stuck her left hand through the bars out to the keyhole. As the gate began to move, she obviously could not pass her hand through the bars, got stuck and suffered an elbow fracture.

Concerned relatives searched for her when she had not arrived home as expected and she was discovered at 1.30am at the gate. The Stallhofen fire brigade freed the 66-year-old from the gate, but paramedics pronounced her dead at the scene.

The farm in Stallhofen was closed on Tuesday. A black flag was raised in front of the main building of the company building.

In addition to media broadcast above, Gate Safe has been given some further clarification as follows:

The cleaning lady couldn’t exit the site of a company because the leaf of a small swing gate was blocked by snow and ice. So she put her arm between the bars of the gate infill and the guiding portal of the sliding gate, in order to reach for the key switch at the outside of the guiding portal.

The gate then started moving, and she couldn’t get her arm out in time. There were no safety edges in place. Her arm got trapped, she broke her elbow. The gate then stopped moving, but kept her trapped until she froze to death.